Some netizens said: The neat streets are the same, and the good-looking signs are one of the best. Not long ago, the signboards of Changde Road in Jing'an District, Shanghai, were all replaced by a unified style of black and white, which attracted some controversy. Jing'an District Federation of Trade Unions responded that the relevant units in the renovation process of the facade, the color matching of the store's signboards is not comprehensive enough, and will be rectified in time. 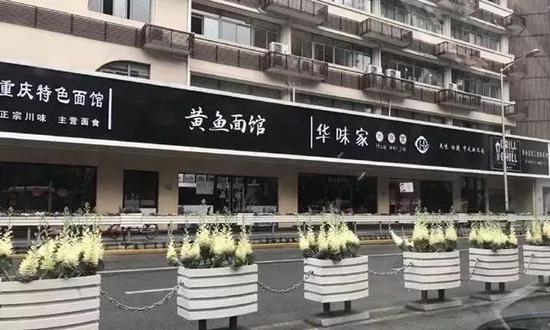 In fact, similar incidents have occurred in Kunming, Sanya and other places before, and some even require the font, color and size of the signboard to be exactly the same. "Black and white match", "yellow-green match" and "red and green match" signs are frequently coming out. The reason is that some places have used remediation signs as the handle of beautifying the appearance of the city. They do not collect opinions, do not design carefully, and do not distinguish between shops. "One size fits all", some open a unified signature this "quick-acting drug" is only to cope with the inspection of civilized cities, health cities. In this sense, the store "unified dress" is not so much an aesthetic issue as it is a governance issue.

Formalist face projects must not be, but the "face project" of urban style should be taken seriously. We recognize that recognizing the importance of urban color is an improvement in planning and governance concepts. However, shop signs are an important part of the city's facade. The first question is probably not whether "the color is well-rounded", but whether the form should be unified and beautiful. In fact, when Mobile and China Unicom "fly together", the ingredients of the building materials are "one color", the function of signifying self-identification and distinguishing each other is lost, and at first glance, it is not possible to attract customers. Further, the diversity of signboards highlights the city's fireworks and creativity. From Nanjing Road in Shanghai, Causeway Bay in Hong Kong, to Shinjuku Street in Tokyo and Fifth Avenue in New York, there are signs of different styles and different styles, reflecting the prosperity of the city. On the contrary, there is no big design, no small ideas, it will only lower the aesthetics of the city and reduce the anger of the city.

But respecting individuality does not mean letting go. This is not only a signboard, but also a visual factor that directly shapes the “first impression” of the city, such as building curtain walls and outdoor advertising. In the 1960s, in order to welcome the Olympic Games in Tokyo, Japan, various buildings were launched. However, the signature and colorful advertisements of heavy makeup attracted public dissatisfaction. This "color turmoil" incident should be the "inscription of the past" in China's urban planning. Nowadays, in the cities where we live, in addition to the sleek and simple logos and the ancient rhythm of the logos, there are also high-saturated gaudy colors, up to 100 words of “tense typography” and faded inkjet lights. . Chinese and Western, traditional and modern, exquisite and rough, a variety of styles in the city, and even some unsatisfactory "big face". The so-called "five colors make people blind", the relevant departments should be standardized and guided.

What needs to be standardized is not the appearance of the signboard, but the urban style and the bottom line of the building. Whether it is the urban color scheme in Germany or the Landscape Law in Japan, it is not a detailed drawing of the city, but a directional guide. In the 21st century, many Chinese cities began to plan and practice urban colors and streetscapes, but the controversy that followed has continued. If you look at what the city looks like, it’s a matter of what it should be. Some time ago, the plaque of an old Beijing noodle noodle restaurant on the Shicha seaside was ordered to be removed by the relevant departments. Originally, the so-called plaque written by Hess was just a proper "Chinese language book." For the use of celebrity inscriptions, suspected false propaganda, design is too strange, there are signs of safety hazards, do a good job of "subtraction", may wish to become an early work of urban landscape management. 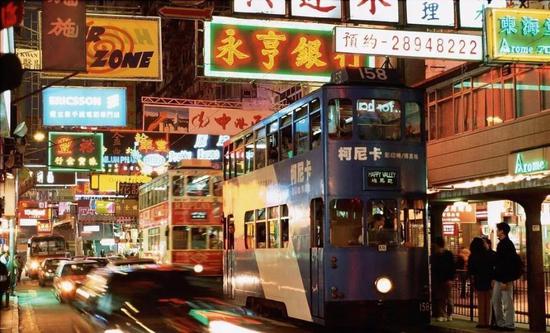 As for the overall style of the city, the cheese-colored Paris, the red-brown Rome is fascinating, and the dreamy neon block in the movie "Mong Kok" creates a charming "Night Hong Kong"; the mix of the original colors in the traditional Chinese characters It constitutes a new order in the streets of Taipei... These examples are worth learning, but they cannot be copied because China's urbanization path is unique. History has not given us a window of opportunity to build cities slowly. The urbanization rate has ranged from 10% to nearly 60%. China has only used 70 years. Behind the rapid development of achievements, there are inevitably problems such as poor planning and disordered colors. Especially for those emerging big cities, asking them to be as white as the Greek towns on Rhode Island is undoubtedly a demanding one.

Therefore, looking for a signboard style is also good for the city to "color", it requires more patience. As far as urban planning is concerned, it is necessary to integrate various factors such as cultural character, traditional characteristics, and environmental climate. One must not be less; the opinions of comprehensive managers, experts, citizens, etc. are required, and no family can fall. More importantly, Rome was built in a day. Compared to the long history of the city, the life of signs and buildings is extremely short and there is no need to rush. With the continuous stimulation of people's creativity and the rising level of social civilization, I believe that every city will find its own "main theme."

This is exactly the same: the signboard does not have to be the same, the urban style is reluctant. Do not relax the bottom line, why not grow naturally?